After the Fourth Crusade (1204 AD) and the fall of the Byzantine domination in the region, Crete was given to Boniface of Montferrat. He decided to sell it to the Venetians for 100 silver marks. In 1252 the Venetians were able to subdue the Cretan people but in 1263 their rivals the Genoese, with local support, besieged the city under the command of Enrico Pescatore that lasted until 1285, when the Venetians returned. Chania was chosen to be the seat of the General Commissioner of Crete and flourished because of its position as a trading center but also as a rural area.

At first the Venetians were harsh and oppressive, but slowly their relationship with the locals warmed up. Their contact with Venice helped them to mix the two cultures, but for the Cretans without losing their Hellenic Orthodox traditions. The city’s name was changed to La Canea and Byzantine fortifications were strengthened in Chania giving it its current form. Also, after the fall of Constantinople to the Ottomans in 1453, several priests, monks, artists and intellectuals took refuge in Crete helping the cultural strength of the island. Chania, during this period, contained a mixture of Byzantine, Venetian and classical Greek civilization.

Although bombed and burned several times in its long history, the old town of Chania is considered the most beautiful city of the Mediterranean. At various points the traveler may encounter samples of all cultures that have passed. In the center lies the hill of Kastelli, which is inhabited since the Neolithic era and is a fortified position near the old port. In it are the palace of the High Commissioner of Crete during the Cretan State and archaeological sites of the Minoan era.

A little further east of Kastelli is Splantzia, the old quarter of the Muslims, which is very atmospheric. In its picturesque streets are many taverns located. There is the church of   Saint Nikolaos that during Venetian occupation was the church of St. Nicholas of the Dominicans and during the Turkish occupation was the central mosque of Chania and acted as an Orthodox church again in 1918. Outside the church lies the Square of Splantzia with a large tree in which the Turks hanged the bishop Kisamos Melchizedek Despotaki and Deacon Kallinikos from Veria. In the corner of the square is the Venetian church of St. Rocco. In the same area are the small churches of Saint Irini (street Sarpaki) and Saints Catherine and John the Hermit (street Melidoni). Walking to the seaside we see the Venetian shipyards (1497), the shipyards that once made war galleys, today still operate repairing boats. There you will see the great Arsenal that hosted Chania town hall, until the bombing of the Germans in 1941, which today houses the Mediterranean Architecture Centre. On the eastern cove of the Venetian Port is Neorio Moro, which today houses the Sailing Club of Chania.

From the west side of Kastelli is the square Santirvani (or square El.), which is the tourist heart of the city. From there one can board on a boat to visit the Venetian castles on the islands of Ag. Theodori and Gramvousa. A little further is the square of the metropolis Trimartiris Chania and the Archaeological Museum housed in the Venetian church of St. Francesco. There are also the “Stivanadika”. It is the area where the shops are that process leather and manufacture different leather goods they got their name from the boots, the Cretan boots, which were made there for centuries. Also, a little further east are the “Macherado”, where many traditional stores that still make the Cretan knives exist.

Even further west, from Kastelli, are the districts of Ovraikis and Topana. The Ovraiki was the Jewish quarter of Chania in the recent centuries until the mass extermination of the Jews in Chania from the Axis powers in World War II. In the region are the Etz Hayyim synagogue which was reopened in 1999. Topanas has always been a noble Christian quarter of the city. Its name comes from the Turkish Top-Hane (the inn with the piece – artillery balls – Arsenal), because there the Venetian military depots were located. This district, along with Ovraiki (or Jewish), was considered the most beautiful neighborhood of Chania. Here lies the fortress of Firka (Turkish Fırka – Division), where the flag that united Crete with Greece was raised (01/12/1913) and today houses the Naval Museum of Crete.

Finally, the port of the old city is the most beautiful and touristic point of Chania. The coast Tompazis, the Kountourioti coast and the Union coast with several historic buildings, including shipyards, Yali Tzamisi (Yalı camisi – The mosque at the shore) and the Great Arsenal, which today houses the central Mediterranean architecture. It`s center is Santirvani (Şadırvan), where the main streets of the old town cross, the street Halidon, the Canevaro street and Zambeliou. Zambeliou Street is one of the finest examples of Venetian mansion in the city, improperly called Venetian Loggia, keeping arms, latin motto and almost all the architectural elements of the facade. The identification of the bearer allowed the identification of the person (Nicolo Clado) and dates (1615-1625) of the manor. Opposite the coast you can admire the Venetian lighthouse dated from 1595 to 1601, which is the hallmark of the city. 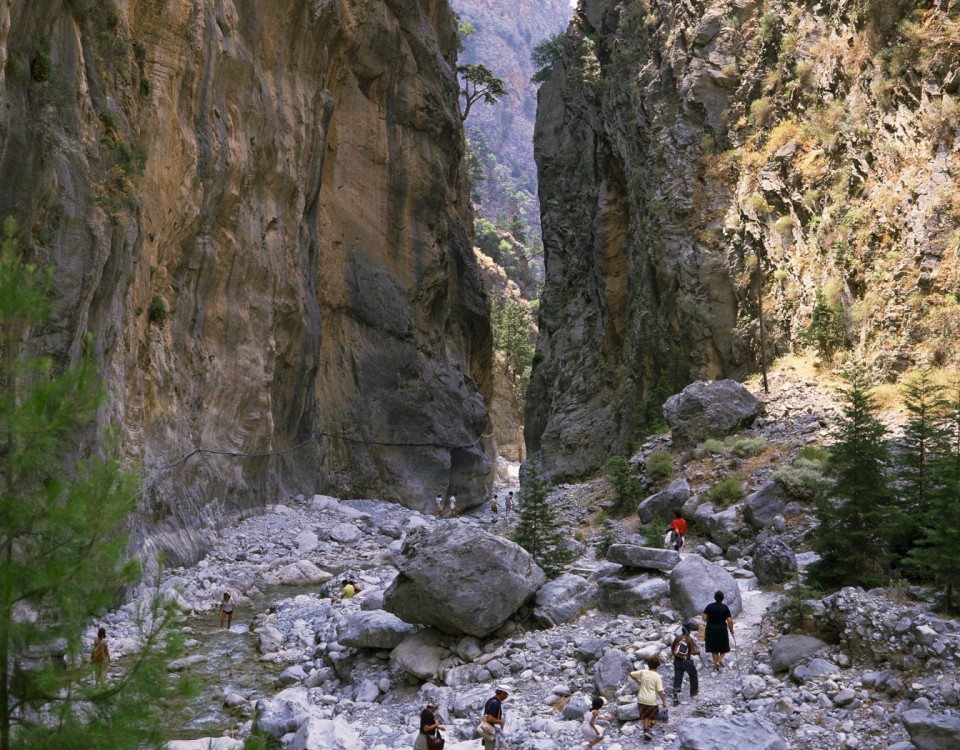 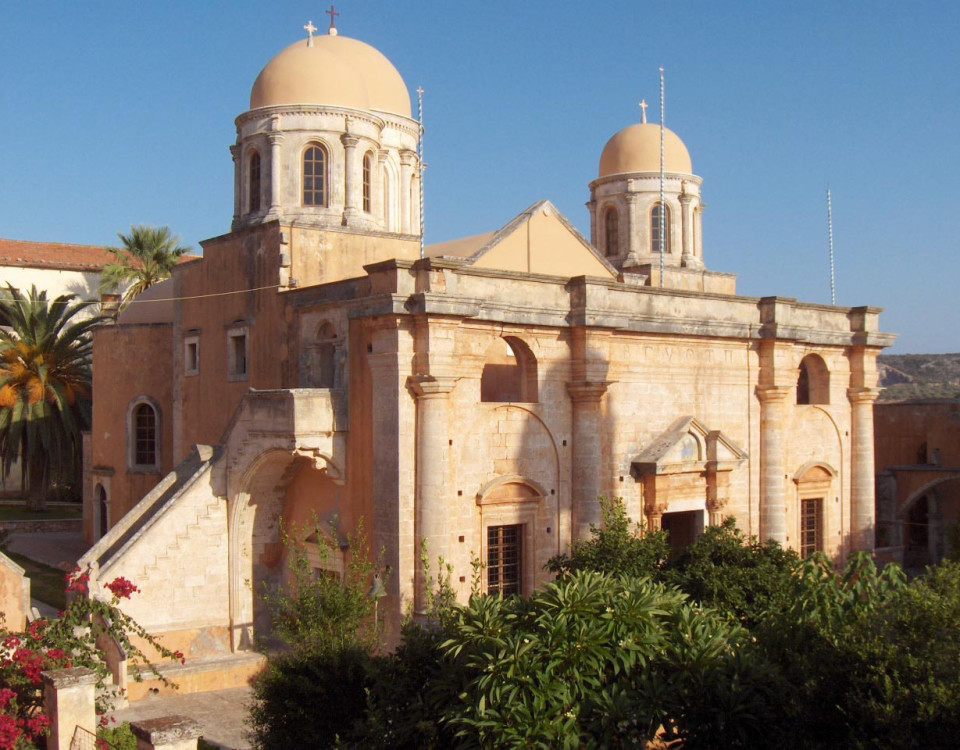 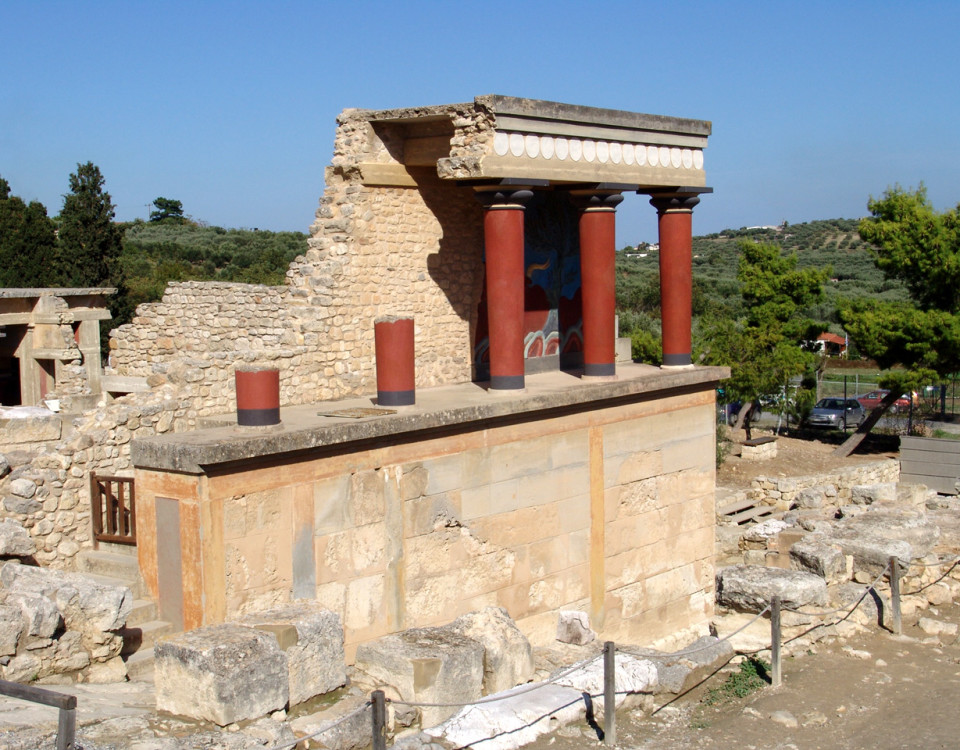